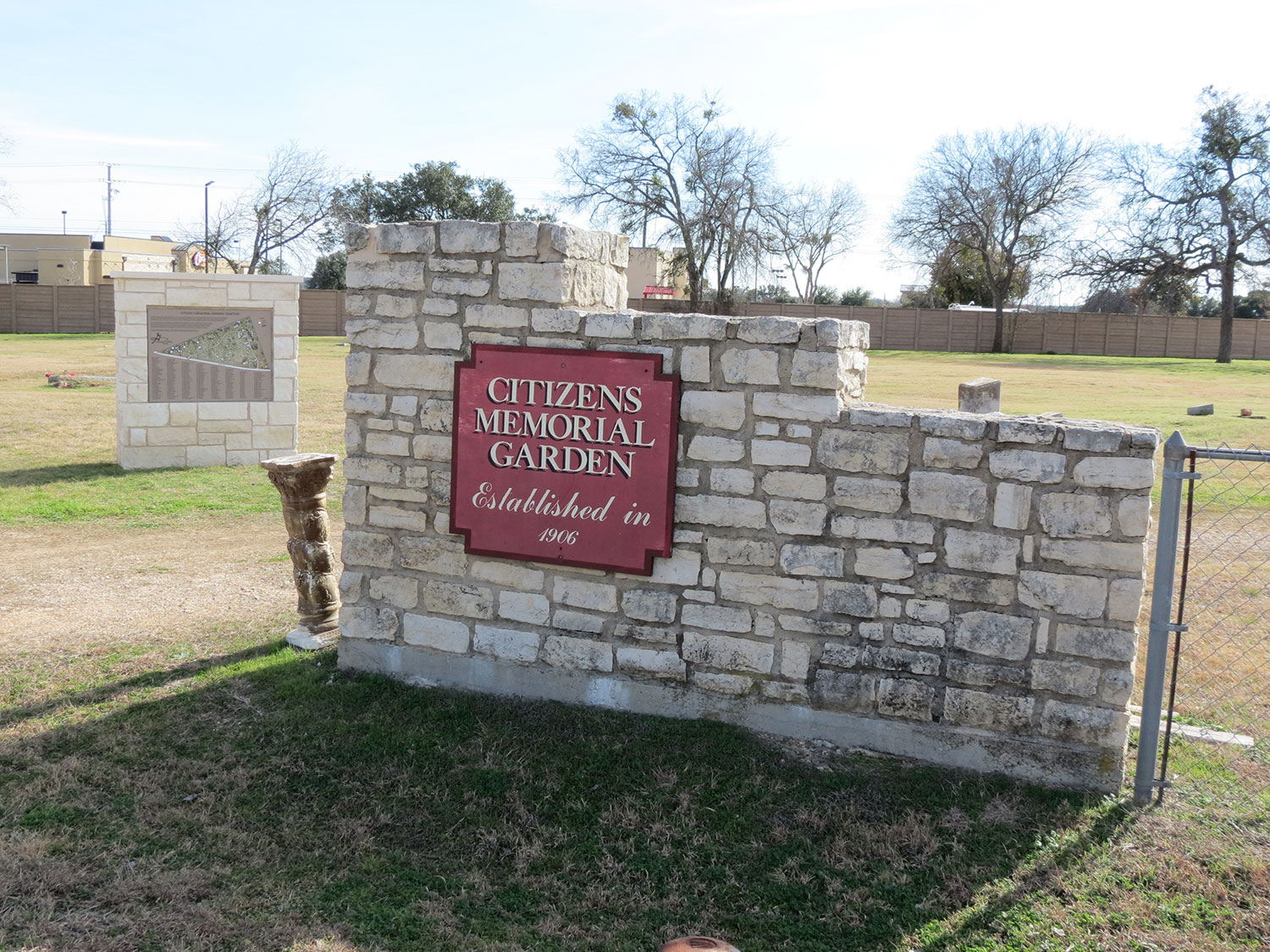 Established in 1906, the Citizen’s Memorial Garden Cemetery on Memorial Drive is the final resting place for generations of African American residents of Georgetown.

Early burials at the cemetery were likely those of former slaves. In addition to African American residents, a section on the western edge of the cemetery contains plots for residents who were Hispanic.

The seven-acre cemetery seems to be mostly empty with 306 headstones or markers scattered throughout a fenced field. However, a 2013 study revealed the locations of at least 511 unmarked graves at the cemetery.

Surveyors with Horizon Environmental Services from Austin identified the unmarked graves as depressions in the ground surface or as small earthen mounds. Many more unmarked graves are likely at the cemetery, according to the study.

Graves that are unmarked may once have had metal plaques provided by funeral homes which have since deteriorated or were removed. Other unmarked graves could have once been indicated with stones or concrete markers that were not inscribed, or on which lettering has weathered away.

The survey of the Citizen’s Memorial Garden Cemetery and an interpretive sign were funded by a $7,000 grant from the Texas Historical Commission and a $7,000 match from the City of Georgetown. The interpretive sign provides historical information about the cemetery and also shows the numbered plots of all marked graves with a listing of names of those identified graves. In addition, white squares on map of the cemetery show the locations of unmarked graves.

For information about Citizen’s Memorial Garden Cemetery, contact the Parks and Recreation Administration office at 512-930-3595 between 8 a.m.-5 p.m., Monday-Friday or via email at parks@georgetown.org.